As I have been walking, eyes wide open, through the grief process, I had a really powerful “Ah-ha” moment I’d like to share with you. I hope it helps ANYONE WHO SUFFERS FROM DEPRESSION. I know that it has helped me. I am going to get really vulnerable here and share some really personal information. It’s difficult to be so raw and open, but I think it’s important and can be a big help to others who are going through the grieving process. Check out my video where I explain how it might be possible to be joyful and depressed at the same time.

I don’t feel like being on the phone, on my computer, don’t want to do “work,” meaning the busy stuff. I feel resistant to so many things that I usually instinctively do without so much as a second thought. Eating healthy, exercise, yoga . . . they’ve all been a big challenge. Thank godness (sic) I haven’t had any resistance to my prayer and meditation practices. In fact, that’s kind of the only thing I really feel like doing lately.

For a little while I resisted it and tried to push myself to keep things moving forward as usual. Then I realized that this is a time to be restful and gentle with myself, so I excused that internal “go get ’em” voice that was starting to cause feelings of guilt and labeling myself as lazy. I allowed myself to simply honor being more slow and less productive. And then, in a conversation I had with a friend this week, it came. The “Ah-ha” moment. I realized that depression is not actually a bad thing. I think it is an undeniable invitation to really honor the time we are in. To be more inward, more quiet, to let our emotional flow happen and not try to keep up social engagements and pretend that it’s “business as usual.”

At times of great loss, the Universe is saying “It’s time to be empty, still and fallow.” It’s a time of releasing, letting go, surrendering, and allowing the slate to be wiped clean, and then from the emptiness to allow what is next to emerge. It’s not a time to try to be productive. The only thing wrong with depression, in my opinion, is that most of us don’t live in communities or cultures where we can allow ourselves to fully allow the hollowing out time to happen. We’re expected to keep working and taking care of all of our responsibilities as usual. Maybe, if we’re lucky, we get 1 or 2 days off of work or we have some awesome family or friends who help us out here and there. Most of us, however, have to just keep on keepin’ on, and that’s when depression is a problem. We are not honoring this HUGE ceremony that’s taking place in our lives and our hearts and minds and bodies are wracked with stress trying to walk in two different directions at once.

So, my suggestion is to simply do what you can. Don’t beat up on yourself if, while going through a loss, you’re not at the top of your game! Ask for help if you can. Rest more. And instead of fighting off or labeling depression as your enemy, see it as your friend who’s trying to support you in fully honoring the potent loss you’ve gone through. If it’s been over 6 months, then it is a really great idea to reach out for support. I’d be incredibly honored if you chose to connect with me, but whatever your wisdom guides you to, get help so you don’t have to work so hard for your health.

Again, my heart goes out to all of my relations who are in the grieving process.

Next week I’m going to treat you with a Soundtrack from the Goddess. Until then, blessings on your journey! 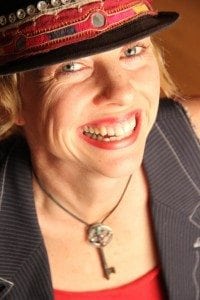 ← Spiritual Interstitial SpaceMixed Tape from the Goddess: Journey through Loss →